I’m A Feminist But Submitting Yourself To Your Man Doesn’t Make You A Fool -Nollywood Actress, Ada Ameh 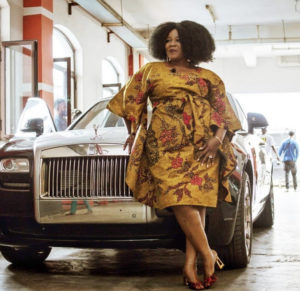 Nollywood Actress, Ada Ameh has opined that being a feminist doesn’t mean you shouldn’t submit to your husband as she dropped her two cents on feminism.

She noted that although she is a feminist, she submits to her husband because that is the right thing to do as a woman. She referenced her stance of submitting to the husband to the Bible because it teaches women to be submissive to their husbands.

She was asked about some regrets she had made in her life and she said she had no regrets in life.

She was engaged in an interview with The Sun and said that: I can never regret having my child at 14. God forbid! The truth is that the ways of God are so different from the ways of man. Just imagine me at this age if I am not married and don’t have a child. I am not saying marriage is the ultimate but we both know what I am talking about.

I am a feminist but I am not that type of woman that would not love to have a man. Being a feminist doesn’t mean that there shouldn’t be a man. As a Christian, submitting yourself to your man doesn’t make you a fool,” she added.