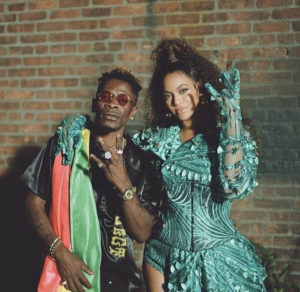 Shatta Wale has had a positive effect on Beyonce’s ALREADY track as it has been received positively by Ghanaians especially his fans.

The official music video for the track was released in less than 24 hours and it is ALREADY flying all over the social media space.

As we speak, the video has been viewed for a whopping 3.8 million times on YouTube. Check it out;