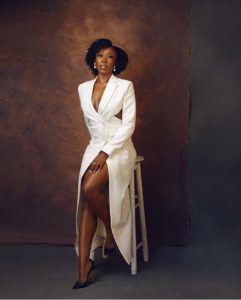 The award-winning actress and producer, Beverly Naya has taken to her Instagram page to reveal that she has signed a lucrative joint venture partnership with Unbound Studios so as to “develop and produce a series of films.”

Speaking on the partnership in a statement released by Unbound Studios, Beverly Naya said, “I have experienced an amazing few years of growth and I am at a very exciting point of my career where I can wear all my hats to create some engaging and impactful films with the team at Unbound Studios. Our visions are so aligned and the films we are working on are mind-blowing!”

Beverly Naya is a hardworking and talented actress who had featured in several award-winning movies, including the captivating Nigerian soap opera, Tinsel. An Unbound Studios Executive, J. Adesanya confirmed how incredible Beverly Naya is when he said, “Beverly is an incredible actor and visionary. Her self-made success story is no surprise to us as we see her unique ideas come to life in our debut project. We are thrilled to develop the incredible upcoming films together, which I know will undoubtedly bring a fresh perspective to Nollywood.”

Toolz Announces She Is Expecting Her Second ...