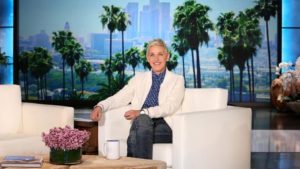 According to reports from Variety and the Hollywood Reporter, the Ellen DeGeneres Show is reportedly under an internal investigation by Warner Media. This is after a report on BuzzFeed news was published containing allegations by the former employees of the Ellen DeGeneres Show where they alleged that they had been working in a “toxic work environment” behind the scenes of the daytime talk show.

Both past and present employees spoke anonymously about the toxic work environment they were subjected to, including racial discrimination and being penalized for taking medical leave.

According to Buzzfeed, one anonymous employee said, “I feel like I’m not alone in this. We all feel this. We’ve been feeling this way, but I’ve been too afraid to say anything because everyone knows what happens when you say something as a Black person. You’re blacklisted.

“I feel angry about the way I was treated, and I am always going to stand up for Black, Indigenous, Latino and Asian people, regardless if they’re around. I can’t not say anything; I’m not going to stop talking.”

In response to this allegation, the Executive Producers of the Ellen DeGeneres Show released a statement which reads as follows, “Over the course of nearly two decades, 3,000 episodes and employing over 1000 staff members, we have strived to create an open, safe and inclusive work environment. We are truly heartbroken and sorry to learn that even one person in our production family has had a negative experience.

“It’s not who we are and not who we strive to be, and not the mission Ellen has set for us. For the record, the day-to-day responsibility of the Ellen show is completely on us. We take all of this very seriously and we realize, as many in the world are learning, that we need to do better, are committed to do better, and we will do better.”