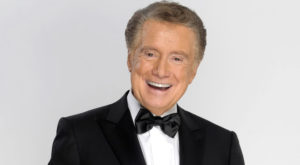 Regis Philbin, the genial host who shared his life with television viewers over morning coffee for decades and helped himself and some fans strike it rich with the game show “Who Wants to Be a Millionaire,” has died at 88.

Philbin died of natural causes Friday night, just over a month before his 89th birthday.

Known affectionately as Reege and “Outregis,” Philbin got his start in television as an NBC page. He made a name for himself guest-hosting “The Tonight Show” and serving as comedian Joey Bishop’s sidekick and announcer on “The Joey Bishop Show” in the 1960s. “Late Show” host David Letterman regarded Philbin as “a master communicator” and had him on his show more than any other guest in the show’s history with an outstanding record of TV appearances from Who Wants To Be A Millionaire to his very own talk show. He even hosted America’s Got Talent‘s very first season.

Hushpuppi gets another top rated lawyer in ...