Olivia de Havilland, ‘Gone With The Wind’ Star Dies At 104 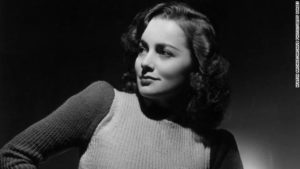 The Hollywood’s Golden Age star, Olivia de Havilland has died at the age of 104. She was a French-British-American actress and she was sure one of the leading actresses of her time. Apart from her star role in ‘Gone with the wind’, Olivia de Havilland also appeared in the Shakespearian movie, ‘Romeo and Juliet’ and many other movies.

She has earned a lot of awards in the entertainment industry, one of such being the National Medal of Arts which was conferred on her when she was 92. In 2010, she was also appointed a Chevalier (knight) of the Légion d’honneur, the highest decoration in France, awarded by President Nicolas Sarkozy. In June 2017, two weeks before her 101st birthday, de Havilland was appointed Dame Commander of the Order of the British Empire in the 2017 Birthday Honours for services to drama by Queen Elizabeth II.

After the news of her death was announced, Hollywood stars have taken to their social media platforms to celebrate the entertainment icon. De Havilland’s former lawyer Suzelle M. Smith said, “Last night, the world lost an international treasure, and I lost a dear friend and beloved client. She died peacefully in Paris.”

Tonto Dikeh Says She Has Forgiven Her ...