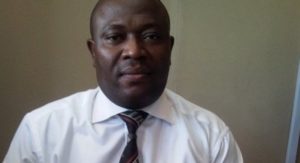 A Sexual Offences Court in Lagos had earlier convicted and sentenced Adegboyega Adenekan, a former Chrisland School Supervisor to 60 years imprisonment for defiling a two-year old pupil on October 24, 2019.

The convict, who was not satisfied with the judgment of the court appealed to the Court of Appeal sitting in Lagos State. The Appeal Court, however, dismissed the appeal for lack of merit and upheld the punishment of the lower court which sentenced the convict to a 60-year term in prison.

During trial, the pupil who was already four years old testified in court and narrated how the convict had defiled her. She said, “He put his mouth in my wee-wee, the first time he did that, he took me out of the class, the second time, I ran.

“I tried to report to my teacher but my teacher did not believe me, so I reported to my mummy.

Five witnesses testified for defence including the convict himself and the head teacher of the Chrisland School. In delivering her judgement in the court of first instance, Honourable Justice Sybil Nwaka held that the prosecution has proved its case beyond reasonable doubt.

She said, “This defendant is conscienceless, wicked, an animal and is not fit to walk the streets. I hereby sentence Adegboyega Adenekan to 60-years in prison. This is the sentence of the court.”