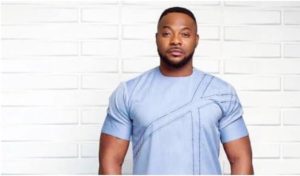 The Nollywood actor, Bolanle Ninalowo has taken to his Instagram page to announce that his upcoming book will be released on 1st October, 2020.

The book titled “Shame to Fame” is speculated to be the biography of the actor as Bolanle Ninalowo’s picture makes the official cover of the book.

The book, which was written by Moyinoluwa Ezekiel, will be available for pre-order from September 11, while the book will be officially released on October 1.