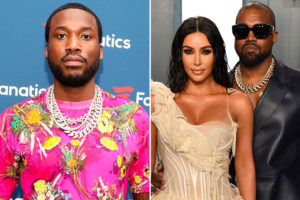 A photograph that captures the moment Kanye West’s wife Kim Kardashian met with rapper, Meek Mill at a hotel in Los Angeles as claimed by Kanye West has popped up on social media.

Meek Mill and Kim reportedly met at the hotel to discuss ways to solve issues pertaining to the criminal justice system in the United States.

This photo which is fast trending on the internet comes after Kanye West accused the television reality star of meeting Meek Mill, subtly hinting that Kim tried to have an extra marital affair.

Miscalculation By Police Led To The Tragic ...