Miscalculation By Police Led To The Tragic Death Of Breonna Taylor 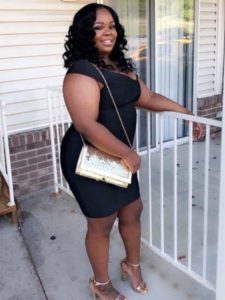 In the early morning hours of March 13, police in Louisville, Kentucky, arrested a suspected crack cocaine dealer by the name of Jamarcus Glover.

Glover was no kingpin. His arrest would not have made national headlines. But having him in handcuffs represented a key moment in a monthslong narcotics probe. Had it ended there it would have been a good night for the police.

But in a related, near-simultaneous operation across town, officers wearing tactical vests set up outside an apartment on Louisville’s South End with a green door bearing a gold No. 4. It was the home of a young woman detectives suspected was tied to Glover’s alleged ring.

Officers used a battering ram to break down Taylor’s door, triggering a chain of events that would leave the unarmed 26-year-old woman fatally shot in a barrage of seemingly out-of-control police gunfire.

there is no police body camera video of what transpired in the moments after officers bashed through Taylor’s door. And in an era of widespread demand for greater police accountability, it’s a case in which achieving a widely agreed upon sense of justice could prove elusive.

In the absence of videotape evidence, the circumstances surrounding Taylor’s slaying have been widely discussed — and sometimes distorted — on social media and by pundits.

Among the false claims is that police were conducting a raid at the wrong address, and that an officer injured in the shooting was a victim of “friendly fire” by fellow cops.

A CNN review of the incident found that a key miscalculation by police who assumed Taylor was home alone when she was in fact accompanied by a boyfriend who was legally armed, coupled with the decision to press forward with a high-risk, forced entry under questionable circumstances, contributed to the deadly outcome. This story is based on a review of search warrant affidavits, audio recordings of the official statements of key participants, 911 recordings and interviews with more than a dozen people.