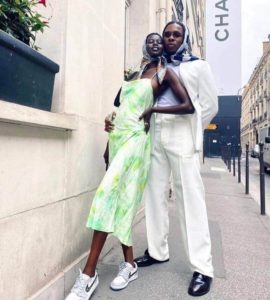 The Nigerian singer had earlier taken to his Instastory to post the video of his girlfriend, Adut Akech, showing off a diamond engagement ring. See the video below:

While Runtown is a popular Nigerian musician, Adut Akech has made her name in the fashion industry as one of the boldest models in Australia. She has been the face of several magazines and has also earned a lot of awards, including the Model of the Year Award in 2018 which was repeated in 2019. She is currently ranked in the “Top 50s” on model.com. Congratulations to both of them