Speaker of the House of Representatives, Femi Gbajabiamila Gives Akpabio 48-Hours Ultimatum To Publish Names of Lawmakers Who Got Contracts From NDDC 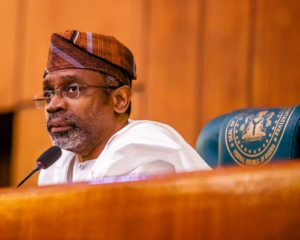 The Speaker of the House of Representatives, Femi Gbajabiamila has issued a 48-hour ultimatum to Godswill Akpabio, the Minister of Niger Delta Affairs to name the lawmakers who got contracts from the Niger Delta Development Commission or risk the wrath of the House.

This was after Senator Godwill Akpabio had alleged on national TV during the NDDC probe that most of the contracts from NDDC were awarded to members of the National Assembly.

Speaking at the floor of the House today, 21st July, Femi Gbajabiamila said, ““I am giving the minister 24 to 48 hours to publish the names, the contracts, the companies, date, amount and the projects. Failing which, this house will bring the full wrath of the house on him. It is important that we set this record straight.

“The minister owes it to himself, to the committee, to people of Niger Delta, and the country to publish it. I will reserve my judgment. The minister came there to play games, but we do not play games here.”