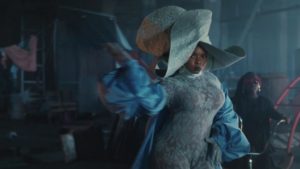 Beyonce, the American pop star, has released the official trailer for her new movie streaming exclusively on Disney Plus from 31st July 2020, ‘Black is King.’

The official trailer features Naomi Campbell, Lupita Nyong’o and our own Yemi Alade. The movie, which is written and produced by Beyonce, is based on the music and lessons of the previous Beyonce’s movie “The Lion King: The Gift”.

See the trailer below:

Experience a new visual album inspired by The Lion King: The Gift. #BlackIsKing, a film by Beyoncé, is streaming exclusively July 31 on #DisneyPlus. pic.twitter.com/ggw7zVcWg6

134 Nigerians Evacuated from Sudan Arrive in ...