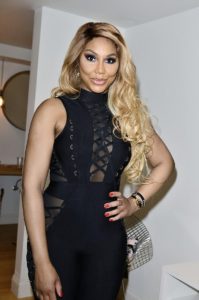 American singer, actress, and television personality, Tamar Braxton was reportedly taken to a hospital in Los Angeles after being found unresponsive in her hotel room on Thursday.

The 43-year-old reality star was staying with her Nigerian boyfriend David Adefeso at the Ritz Carlton in downtown LA when he found her ‘unresponsive’.

According to The Blast, Adefeso called 911 and said he believed it may have been a suicide attempt.

The singer was taken to hospital by ambulance.

The LAPD confirmed that an emergency call was made around 9.45pm on Thursday night, relating to a 43-year-old woman.

A rep for Braxton told The Blast: ‘Tamar has had a very tough and emotional day — more information will be coming in the next few days.