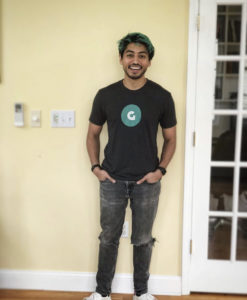 Investigators in the Fahim Saleh murder have said his killing may have taken place due to financial reasons.

The 33-year-old, CEO of GOKADA a motorbike hailing service company in Nigeria, was found dismembered inside his luxurious New York flat on Tuesday afternoon.

His torso was found decapitated, all four limbs severed with surgical precision — arms at the shoulders, legs below the knees — and stuffed into plastic bags, ­sources said, reports The New York Post.

There were no telltale signs of a struggle, nothing apparently stolen, sources said.

Another source described the murder as “professional,” with the blood confined to one corner of the room, tracing a nearly perfect outline around the torso.

The tech millionaire’s body was cut with a power saw, which was found at the scene and plugged into an electrical outlet, reports The New York Times.

A source noted that when police arrived on the scene, the blood immediately around the torso had not yet blackened, suggesting that Fahim had only recently been dismembered — likely within the last hour of the more than 25 hours the assassin apparently spent inside the flat.

He was followed into his Manhattan flat by a man dressed all in black, an official said.

The killer, who was also wearing a black mask, followed the young technology entrepreneur from the lift of his luxury condo building into his flat. Then he used the electric saw to decapitate and dismember his body, the New York Police Department (NYPD) detectives believe.

Though the investigation is in its early stage, law enforcement officials gave a chilling account in their brief on the inquiry on Wednesday, as detectives scrutinize the evidence in the shocking killing of the tech entrepreneur.

The motive behind Fahim’s murder appeared to be financial in nature, a senior NYPD official told NBC2 on Wednesday, reports The Sun UK.

A source told Daily News that the killer bolted via a staircase after Saleh’s sister buzzed up to Fahim’s flat and got into the lift.

The source said: “He was dressed like a ninja, full out, so you cannot even see his face. He clearly knew what he was doing. We think his intent was to get rid of the body parts and go back and clean it up and make it look like nothing happened. He left before he finished the job.”

Tamar Braxton Has Been Rushed to Hospital ...