Hushpuppi Will Remain in Detention Until His Trial Later This Year 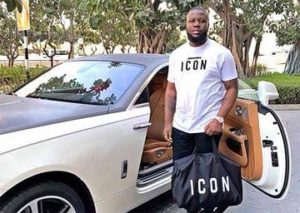 Ramon Abbas, popularly known as Hushpuppi on social media, has been denied bail and will therefore remain in detention until his trial. According to Forbes, Hushpuppi appeared at a court in the Northern District of Illinois where it was ordered that Hushpuppi would be transported to Los Angeles by the U.S. Marshals where his trial will be conducted.

Hushpuppi was described as a “flight risk” by the prosecutor in the case, Attorney Melody Wells. The prosecutor also pointed out that Hushpuppi had deep ties with lots of foreign countries as well as well as significant financial assets that could make him escape the charges against him in the United States. Hushpuppi’s lawyer, Gal Pissetsky denied claims that his client was a flight risk or danger to the community.

During the trial, Gal Pissetsky said, “Mr Abbas is an Instagram personality. A social media personality. Of course he poses with high price items because that’s what he gets paid to do. That’s what he has built from growing up very poor in Nigeria, he was able to develop himself into this very well-known personality with millions of followers on Instagram. He is an influencer — that is what my kids would call him — an influencer. And people seeing him with these Louis Vuitton bags or clothes, or Gucci bags and clothes, or these fancy cars and they go and want it. They wanna buy it. That’s a job today. As much as it’s hard to imagine — that’s a full-time job.”

The trial is to be continued at a later date.