Hushpuppi’s Lawyer Says He was ‘Kidnapped’ by the FBI 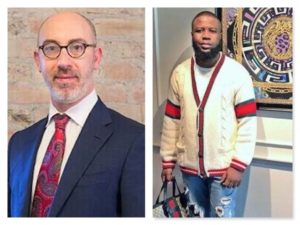 Gal Pissetsky, Hushpuppi’s lawyer has commented on Hushpuppi’s extradition from Dubai to the United States of America. He said that Ramon Olorunwa Abbass, his client popularly known as Hushpuppi was instead kidnapped by the FBI from Dubai.

According to Hushpuppi’s lawyer, “”There was no extradition, there were no legal steps taken, there were no court documents filed, it was simply a call to the FBI. He is not a citizen of the United States, the US had absolutely no authority to take him.”

His lawyer also told BBC pressmen that he believes Hushpuppi was a social media influencer, before his arrest, who was mistaken for fraud activities due to his extravagant lifestyle. He said, “He is a social media influencer with millions of followers, with millions of people that respect and loved him, and he loved them, and that’s what he did. In today’s society, that’s a business.”