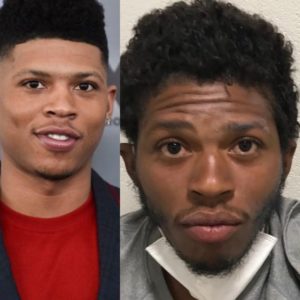 “Empire” actor Bryshere Gray was arrested Monday morning in Arizona and is accused of assaulting his wife and refusing to talk to police for hours, authorities said.

Gray, 26, was taken into custody at 7 a.m. by officers in the Phoenix suburb of Goodyear, roughly nine hours after authorities responded to a 911 call from his wife, police said in a statement.

After Gray refused to speak with the officers, a SWAT team and crisis negotiators were dispatched to help, police said. Gray was taken into custody without incident, the statement added.

According to jail records, he was arrested on suspicion of assault and disorderly conduct. It wasn’t immediately clear if he has a lawyer. A representative for Gray didn’t immediately respond to a request for comment.

Gray, who played Hakeem Lyon on “Empire,” was born in Philadelphia and also raps under the name “Yazz the Greatest.”