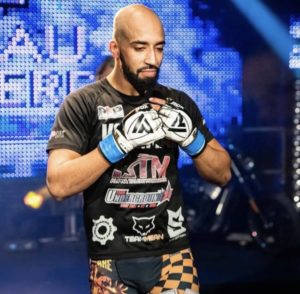 The British MMA fighter, Jahreau Shepherd popularly known as ‘The Nightmare’ has died at 30. According to the Standard (UK) News, the British fighter was reportedly stabbed to death on his 30th birthday.

Jahreau Shepherd was a Welterweight Champion before his death and he had a 6-2 record from eight professional fights. His death was confirmed by his club, MMA Promoters Contenders who released a statement on their Instagram page. They described the welterweight champion as super talented and fun to be around with. In their words, Jay was “destined for the top – a champion in different organizations with heavy hands and a warrior heart.”

Fire Guts a Section of the World ...

Face Shields Alone Are Not Enough To ...