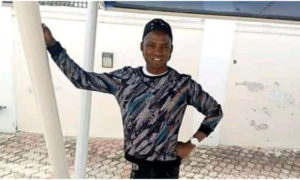 The leader of the dreaded ‘one million boys’ has been confirmed dead by the Oyo State Police Command. Speaking about the death of the leader, according to Vanguard, the police spokesperson, SP Gbenga Fadeyi said, “I don’t have information yet about the cause of his death. His boys have been making frantic efforts to prevent the police from having access into that Kudeti area for many days.

“Our men had been dispatched to the area to investigate the incident. When properly briefed, we shall be able to give a detailed account of what actually happened. For now, I cannot tell you much.”

The “one million boys” gang has caused a lot of terror and violence in the society especially during the lockdown, an incidence which turned many household owners to vigilantes for their neighbourhood.

Lagos State Doctors To Embark on a ...