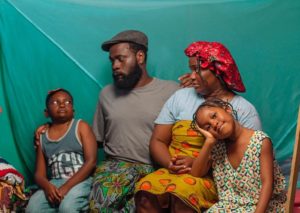 Nosa Afolabi, the popular comedian known as Lasisi Elenu, has taken to his social media platforms to announce a comedy series, ‘Mama and Papa Godspower’, which is set to be released soon. According to the comedian, he had always wanted to have a type of comedy series and he is so excited to have been able to come up with this amazing content with the actress, Nonso Kalongo.

Lasisi Elenu, in preparation for the forthcoming movie, has also announced a graphics design contest for the web series, promising the winner a sum of N50,000 (Fifty Thousand Naira) and the chance to design the official graphics for the comedy series with the condition that the contestant must be following @mamaandpapagodspower.

Several entries have been submitted by diverse graphics designers and we are definitely looking forward to the amazing web series Lasisi Elenu and his team are cooking for us.

Segun Agbaje Elected as One of PepsiCo’s ...