Celebrating Olu Jacobs As He Clocks A Year Older 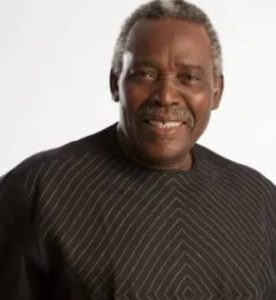 The legendary Nollywood actor, writer and film producer, Olu Jacobs is a year older today. The actor has starred in several movies, always bringing in his uniqueness along to any role given to him to play.

Due to his excellence performance, he has won several awards which include the 2007 Africa Movie Academy award for ‘Best Actor in a Leading Role’, the Industry Merit Award at the 2013 Africa Magic Viewers Choice Awards as well as Lifetime Award in 2016 conferred by the African Movie Academy Award.

He is happily married to Joke Silva who is also a Nollywood actress and both of them are founders and administrators of the Lufodo Academy of Performing Arts in Lagos which helps in training young actors and actresses.

We wish the veteran actor, Olu Jacobs, a happy birthday and many more years in good health.

There Is Nothing Wrong In Having An ...