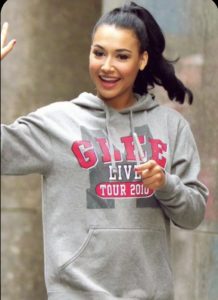 Glee Star, Naya Rivera was declared missing after a boat trip with her son on Lake Piru. The search-and-rescue operation got started immediately, however, the actress is not yet to be found.

Speaking on the incident, the Ventura County Sheriff’s Department, through its Deputy Chris Dyer said, “We are presuming that an accident happened and we are presuming that she drowned in the lake. The goal is still to bring Ms. Rivera home to her family so they can have some closure.”

Even though a surveillance video from the boat dock has been recovered, there is no video of what happened at the lake. The search-and-rescue operation is still going on; especially since a body has not been recovered yet.

Rivera is best known for her role as Santana Lopez on the Fox series “Glee,” playing the character from 2009 until 2015. After her breakout role on the musical series, she went on to appear in “Devious Maids” and “Step Up: High Water.” As part of the “Glee” cast, she received several nominations at the Screen Actors Guild Awards, Grammys and Teen Choice Awards. During her “Glee” run, she signed to Columbia Records in 2011 and released a single, titled “Sorry,” with rapper Big Sean.

Oyo State Government To Go Ahead With ...

Sarkodie Celebrates His Birthday With the Release ...