Oyo State Government To Go Ahead With WAEC Exams 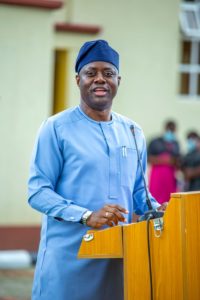 The Oyo State Government, through the State’s Commissioner for Education, Olasunkanmi Olaleye, has announced its decision to go on with the reopening of schools for SS3 students to write the West African Senior School Certificate Examination (WASSCE), despite the directive from the Minister of Education, Adamu Adamu. The Oyo State Government said that the directive of the Federal Government can only be enforced in Federal Government schools.

The Commissioner for Education also mentioned that schools have re-opened in Oyo State and are in high compliance with safety protocols necessary for re-opening. He also said that pending an official statement from the West African Examination Council (WAEC) and Governor Seyi Makinde, Oyo schools will remain re-opened till then.

He said, “We have resumed in Oyo state and you must have seen the level of compliance to COVID-19 protocols by our schools.If you go to our schools, you will see that our senior students are still learning and the preparation for WAEC is ongoing. The examination is part of educational development. So the state government will assess the situation especially because of the fact that WAEC is an integral part of educational development hence it cannot be ignored.

“WAEC is a regional examination that involves five countries so we are waiting for the reaction of WAEC. The state government will then assess the situation.”