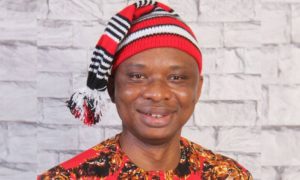 The government of the United States of America has picked a Nigerian man, David Anyaele who is the Director of the Centre for Citizens with Disabilities, for a special American event, known as the Gold Star Program. The aim of the event is to celebrate the 30th anniversary of the Americans with Disabilities Act (ADA).

Most interestingly, the Nigerian man, David Anyaele is the only selected African participant at the Conference. His appointment was announced by the United States Mission Nigeria in a statement which also disclosed that the Nigerian was picked based on his exemplary leadership skills, experience and impact on the lives of people living with disabilities.”