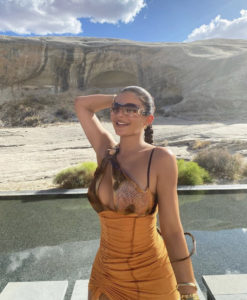 Kylie Jenner and her stylist Jill Jacobs came under fire after they both shared photos of Kylie in a desert wearing a dress designed by Black-owned Loud Brand Studios.

Both Jenner and Jacobs didn’t tag the brand, which fueled criticism that they failed to use their platforms to spotlight a Black-owned business.

Jenner responded to some of the backlash directly, countering the claim that she purposely decided not to tag the brand and blocked comments from critics. 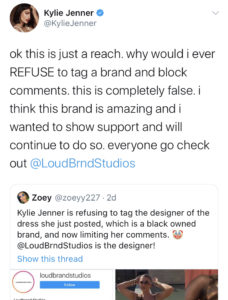 LoudBrand Studios later thanked Kylie and Jill for their promotion of the brand. “We are so grateful for Jill and Kylie because this has really changed things for us so excited to be featured on her platform how amazing !!!” the company tweeted. 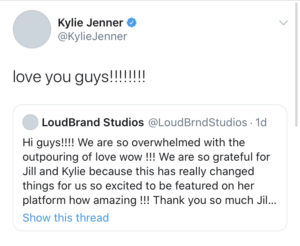