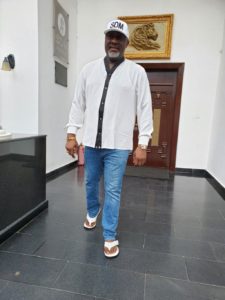 Senator Dino Melaye has released a new song to shade the former acting Chairman of the Economic and Financial Crimes Commission, Ibrahim Magu.

The Senator mentioned his song that karma is inevitable and also went ahead to say that he had previously warned President Muhammadu Buhari about Ibrahim Magu, but he didn’t listen. He finally said that the President can now see for himself that there are many ‘Magus’ in his government.