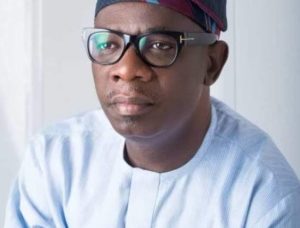 The Ondo State Deputy Governor, Agboola Ajayi has been served a notice of impeachment by the Ondo State House of Assembly. This is due to his defection from the All Progressives Congress, the party through which he was elected into the office, to the opposition party, Peoples Democratic Party.

While 14 members have signed the said notice of impeachment, a group of 9 members of the State House of Aseembly has released a statement, declaring their dissociation from the impeachment process of the Ondo State Deputy Governor, Agboola Ajayi. See the statement below: 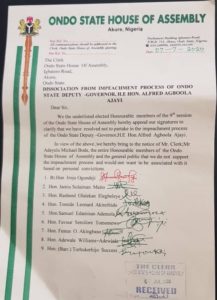