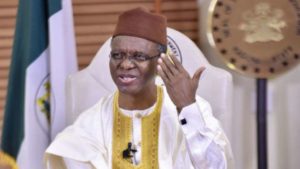 Kaduna State Governor, Nasir El-Rufai, has mentioned that the judicial system will no longer grant bail to rape suspects. He also said that the state government is considering castration as a new punishment to persons convicted of the offence of rape.

He said this after a peaceful rally was staged by a group of women at the Government House in Abuja. He mentioned that the Kaduna State Government presently has a strict legislation on rape which provides that a person convicted of the rape of an adult will be given 21 years of imprisonment while a person convicted of the rape/defilement of a child will face life imprisonment.

He also said that present amendments are being made to the existing law, which would include removal of the sexual tool used in committing the offence. He said, “In addition to life imprisonment or 21 years imprisonment, anyone convicted of rape will have his organ surgically removed so that even after he finishes his term, he will not be able to rape anyone again.

“So long as the tool exists, there is the likelihood that he may go back to do it again. Most of the perpetrators are young people, so even after 21 years, they can come back and continue.”

He finally mentioned that people should not be afraid of reporting rape cases and testifying in court against rape suspects; as there is a new provision that would require them to testify behind a screen in courts so as to protect their privacy.

Nick Cordero Dies at 41 After Battling ...