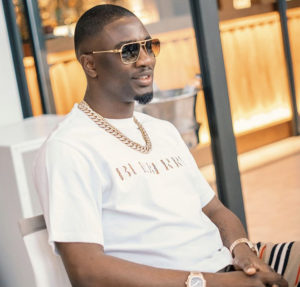 Hushpuppi’s right-hand man, Olalekan Jacob Ponle, popularly known as Woodberry may have indirectly been the weak link among them as an affidavit released by the FBI agent detailing how they stole millions of dollars from companies and people in the United State of America.

The affidavit shows there was a chat between the agent and Woodberry which he had no idea he was dealing with the law itself while trying to steal a huge sum of money through wired transfers from a company in the US. He is currently being prosecuted in U.S. District Court in Chicago and slapped with a charge of conspiracy to commit wire fraud.

According to the agent, Woodberry gained access into a Chicago based company’s email account and posed as a business associate to the workers through the mail and directed them and the company to send money into an account which was managed by him. This was done through the fake email and the impersonation he did.

The complainant further revealed that Woodberry ordered his another member of the crew to transfer all the funds stolen from the company into bitcoin and send it into a virtual account which was owned and operated by him.

In all, he and his crew defrauded the Chicago-based company in the tune of $15.2 million. Other companies based in Iowa, Kansas, Michigan, New York, and California, have suffered major setbacks from the illegal actions of Woodberry and his group.

He and his cohort face life behind bars up to 20 years if convicted by the court. U.S. Magistrate Judge Jeffrey T. Gilbert has set a detention hearing for July 9, 2020, at 4:00 p.m after his cases were read out when he appeared in court this morning. 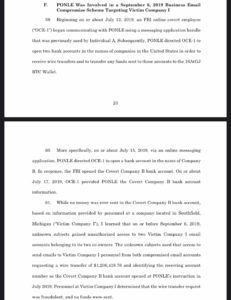 ‘What I Thought About Ned Nwoko The ...