BBNaija’s Omashola Confesses Love For Kimoprah, Says He’ll do Anything to Have Her 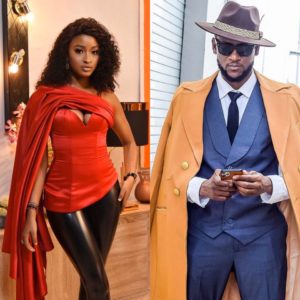 BBNaija housemates Kimoprah and Omashola have opened up on the reasons why the boat of their relationship could not sail despite having some feelings for each other.

In the recent episode of the reality TV show reunion, the host Ebuka noted that Omashola had intentions for Kimoprah, however, nothing has been heard about them being together.

Omashola confirmed that he likes his fellow housemate and they have talked about it a number of times, but she is focused on her life’s goals which he respects.

Speaking about the issue, Kimoprah said that they couldn’t move past expressing their feelings for each other because she’s been complaining about something that Omashola needs to fix.

Kimoprah stated that he puts himself first in every situation without considering the other person who puts themselves first. Reacting to her statement,Omashola said that he doesn’t understand what she meant by him being self-centered.

Meanwhile, he went on to note that he wants Kimoprah despite some of the challenges they have encountered in the time they have talked about their feelings for each other.