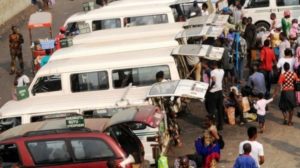 Following the Federal Government’s decision to lift the ban on interstate movement, the Acting General Secretary of the National Union for Road Transport Workers (NURTW) has asked the Federal Government to subsidize the operation costs for motorists especially since commercial drivers would have to carry fewer passengers on each trip, which would reduce their income.

He also said that if the government does not subsidize the costs, the union would have no other choice than to increase transport fare.

He said, “This is because the money that will be generated from the reduced number of passengers will barely cover the cost of fuel for the journey. So, what is the gain? What will you give to the owner of the vehicle? So, the government should please help us look into this matter.”