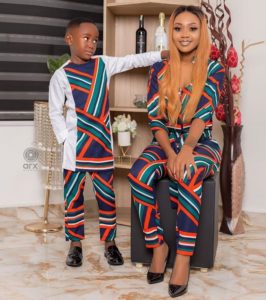 Akuapem Poloo has finally removed the nude image which she posted to celebrate her son’s birthday.

The photo generated controversy this morning which heavy backlash was dished from people on social media.

Rumor has it that the actress has been invited to the CID headquarters for posting such sensitive photo on social media which was reported by a child right group called the Child Rights International.

They filed the complaint after deeming her decision to strip naked in front of her son as part of his birthday celebrations as inappropriate.

5 Nigerian Female Artists Who Have Made ...

“Subsidize Operation Costs for Motorists or We ...