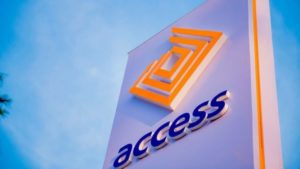 Access Bank has issued out a plea statement to its customers over the stamp charges deducted from their accounts and promise to refund soon.

Stamp duty deductions apply to all credit received into current and savings accounts in respect to electronic transfer and teller deposits of N10, 000 and above. The money is remitted to the Central Bank of Nigeria.

The collection of the fee took effect in February but the bank delayed inadvertently its implementation until this week.

A huge social media backlash ensued when Access Bank began making the deductions incurred since February, most of its customers vented their anger on the charges and threatened to boycott the bank. In a bid to redeem itself in the face of its customers, the administration has issued out a statement detailing the issues which led to the deduction and the necessary steps taken to refund the money. 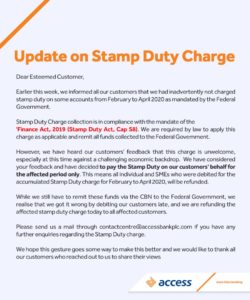