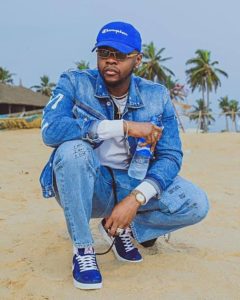 King of love, which was released under EMPIRE, has seventeen tracks and no features with a length of 47 minutes. King of Love is Kizz Daniel’s third studio album after ‘New Era’ (2016) and ‘No Bad Songz’ (2018) under FlyBoy Inc.