Alexander Kareem’s Murder: Independent Charity Offers €10000 For Information Leading to the Arrest of the Shooter 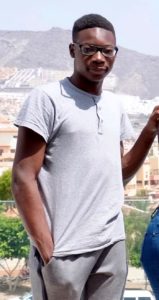 Following the murder of Alexander Kareem who was also brother of the popular BB Naija Khafi, an Independent Charity (Crimestoopers) is offering €10000 as reward for whoever gives credible information that would lead to the arrest of the murderer.

The young man, Alexander Kareem was just 20 years when he was shot near his home on Askew Road, Shepherd’s Bush in West London around 12.40am on 8th June, 2020. The detectives who are looking for possible ways to hunt down the murderer have come to the assumption that the murder was a case of “mistaken identity”. The Police have also issued the image of a burnt Range Rover about two miles away from the crime scene as they appealed for information.

A detective, DCI Wayne Jolley said, “We continue to work round the clock to find answers for Alexander’s friends and family. We are appealing to those who have information to call and say what you know. There are people out there who know who was in the White Range Rover that night. You are protecting someone who has committed a terrible crime and needs to be brought to justice. Please think of Alex’s family and friends who deserve to know what happened to him. We are hoping that significant reward put up by Crimestoppers will encourage people to come forward. It is 100 per cent anonymous.”

Pedophilia on the Increase in Nigeria