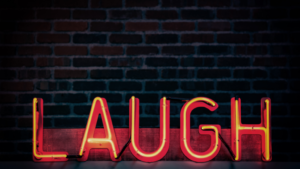 1- @maraji_ – Gloria Oloruntobi popularly known as Maraji is ingenious and she is an embodiment of creativity and originality and has featured in musical videos with Nigerian music stars like Yemi Alade, Falz and the likes.

2- @Lasisielenu stands out as one of the talented Nigerian comedians who always reaches his fans with funny ranting on Instagram, using a Snapchat filter that makes his mouth very wide. He currently has over 2 million followers. His quasi-serious way of detailing his experiences is why many can’t get enough of him.

3- @josh2funny – Josh Alfred popularly known as Josh2funny is also among the best creative comedians. His recent #dontleavemechallenge has gone global, with so many participating in it.

4- @officialarole- Woli Arole whose real name is Oluwatoyin Bayegun rose to fame on Instagram after posting videos of himself prophesying and preaching the gospel in comical ways, which is reminiscent of local prophets.

5- @taaooma- Maryam Apaokagi popularly known as Taaooma. She is one of the most talked-about Instagram comedians. Her concept is distinct and her creative prowess makes her standout. In all her short video skits, Taaooma often gets a lot of slaps from her mother which is one of the highpoints in her videos.

6- @Crazeclown, also known as Baba Ade is one of the most famous and talented Nigerian comedians to carve a niche for himself in short comedy skits. The way he dresses like an old man in agbada and cap that is known to the Yoruba tribe, has made him stand out. The talented comedian often features antics of his ‘son’ Ade who is in his skits, mostly to show how a typical Nigerian father behaves.

7- @woliagba_ayoajewole popularly known as Woli Agba is a comedian whose comedy is focused on gospel-entertainment and church-based comedy concepts.