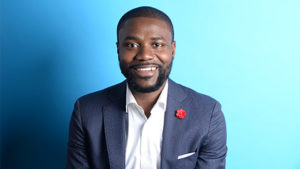 The Chief Executive Officer and publisher of Okayplayer and OkayAfrica, Abiola Oke has reportedly resigned following several accusations of inappropriate behavior by some women on Twitter. 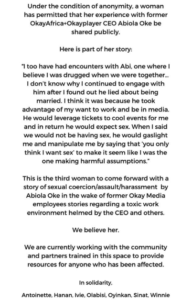 The women accused Abiola of creating a toxic work environment and some of the allegations of inappropriate behavior include sexual coercion, sexual assault, sexism, unethical conduct among others.

In a statement released by Questlove on Instagram, it was revealed that Abiola Oke has resigned from his post as CEO of Okayplayer and OkayAfrica. 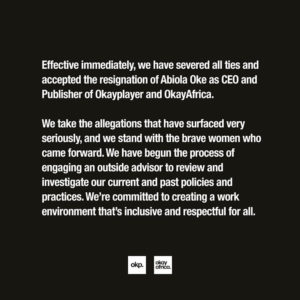