#MTNASAP: Five Things The Minister of Youth and Sports Taught Us About Drugs Abuse in Nigeria 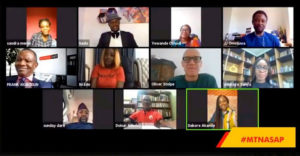 1. The Nigerian Government is a decade behind on tackling drug abuse:
He mentioned that when comparing the Nigerian Government’s response to the issue of substance abuse with other countries’ such as the United States of America and the United Kingdom, we have had a 10-year-delay! Hence there is need to play catch up, quickly, and in the right direction.

2. Appropriate laws are required:
Similar to the ongoing reforms with respect to rape and gender-based violence, there is a need to deliberately re-examine the laws that govern substance abuse with emphasis on the distribution.

3. Criminalisation of the supply chain:
Dare advised that it was critical to move beyond addressing those who use illicit drugs, to criminalizing the personnel at the source – the ones who produce such substances and sell them to under-aged children as well as the pharmaceuticals that create these substances.

4. Impact of the economy:
He observed that unemployment was another key reason that young Nigerians are being drawn into drug-use –  “because they are not able to advance their careers, they are jobless, so they engage in other vices.” 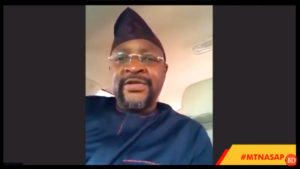 The Nigerian Minister for Youth and Sports, Sunday Dare

What Are The Fixes?

The Minister did not only point out the problems, he also advised on what can be done to remedy the situation:

A. An institutional approach that will incorporate public and private sector support.
B. Nip the supply chain in the bud with laws that focus on the various parts of the chain. He was insistent about a system that punishes illegal activities – to the maximum extent – while also rewarding best practices.
C. A comprehensive anti-substance abuse educational programme that shows young children the effects and problems associated with the abuse of substances, as well as the flip-side of abstinence.

Drug Convos is an initiative of MTN Foundation as part of its Anti-Substance Abuse Programme (ASAP) and was supported by Businessday, MTVBase and Nigerian Entertainment Today (Netng).

Rema Finally Goes For His Next Rated ...