Here is What You Should Know About Vitiligo 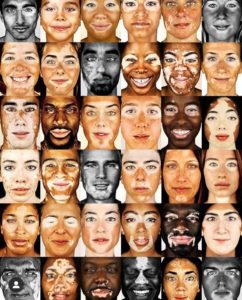 Yesterday was about Vitiligo warriors who have not only faced the physical effects of Vitiligo on their body but also the psychological effects on their mental health. This was reiterated earlier on the OSG Live Series by Ogo Maduewese before the abrupt end of the series due to poor network.

Ogo Maduewese emphasized that while Vitiligo is not as painful or life-threatening as cancer, it sure comes with a lot of traumatic experiences and feelings internally and externally. In explaining what vitiligo is further, Dr. Corey Hartman, on his Instagram page, said that vitiligo is an autoimmune disorder where a patient’s own white blood cells attack the pigment-producing cells in the skin which causes depigmented, white patches.

Vitiligo warriors should be accepted and loved for who they are and for their beautiful spots.