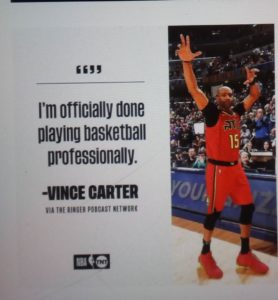 Vince Carter began his career as basketball player in the year 1998 and he is known as one of the best dunk in basketball. He won the slam dunk contest in the year 2000.

Vince Charter is the oldest player in National Basketball and he is retiring after playing for 22 years.

Here is What You Should Know About ...

How Giveaways and Online Contests Can Promote ...