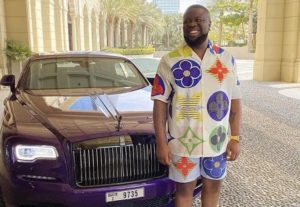 The Dubai Police has released a video on Twitter that shows how Hushpuppi, Woodberry and ten other international cybercriminals were arrested in a special operation dubbed “Fox Hunt 2”.

The Police also said that the arrest is another achievement added to the proud record of the police to ensure the people’s safety and security.