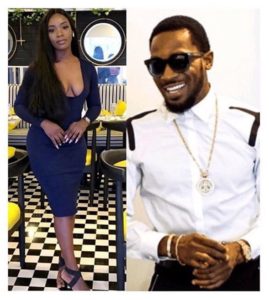 Seyitan Babatayo, the young lady who alleged that Nigerian singer, Dapo Oyebanjo aka D’banj, raped her has issued an official statement to the media, giving her account of the rape allegations against the musician.
This is coming several days after she was allegedly detained by the police on the complaint of Dbanj.

The statement also disclosed that she has made a criminal complaint against the singer at the Gender Desk of the Nigeria Police Force, Lagos Police Command Headquarters, Ikeja, Lagos. She also accused D’Banj of influencing her arrest by the police who treated her like a criminal without cause. She also gave details of how things have played out since she came out publicly to accuse the popular musician, including the harassment by the musician.

She also thanked internet users, coordinated by the Wine and Whine Team who raised about 1.6M Naira for her for legal defense and her ongoing needs. She said that the funds have been handed over to the Stand To End Rape Initiative (STER) who have since made sure that neither D’banj nor the police can harass or intimidate her.

She also expressed gratitude to Mrs. Akeredolu (SAN), former Attorney General of Ogun State who has promised to provide full support. She also thanked the Attorney-General of Lagos State who gave directive that the case be investigated immediately.

She disclosed that she is still dealing with the trauma and hence, she would like some privacy to be able to continue her counselling and therapy services.

You can read the full statement here:

PRESS STATEMENT: Ms Seyitan Babatayo on her criminal complaint of rape against Mr Oladapo Daniel Oyebanji and the timeline of events since she shared her experience. pic.twitter.com/NB9qqUhdKP

Ondo APC Calls for the Resignation of ...