Ondo APC Calls for the Resignation of the Deputy Governor 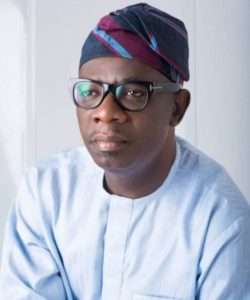 The leadership of the All Progressives Congress (APC) in Ondo State is demanding the resignation of the Deputy Governor of the state, Agboola Ajayi for dumping the party for the opposition party (PDP). According to the publicity secretary of the party in the state, Mr. Alex Kalejaye, “Mr. Ajayi is no longer a member of the APC, and so he should resign as deputy governor, since it is the APC that provided the platform on which Mr. Ajayi became deputy governor and not the PDP.”

The State Working Committee of the All Progressives Congress also released a statement which says,

“The State Working Committee is taken aback by a reported statement credited to Hon. Ajayi that he would remain the Deputy Governor as long as his people have not asked him to quit. This statement is vexatious.

” lt is imperative to remind Hon. Ajayi that he ran on an APC ticket given to Arakunrin Oluwarotimi Akeredolu, SAN, and both were sponsored by the party.
Now that he chooses to defect, the party advises Agboola to tow the path of wisdom, and resign honourably as the Deputy Governor of Ondo State.”

Seyitan Insists She Was Raped by D’Banj ...