Mercy Eke Explains Why She Lost Her Champagne Deal 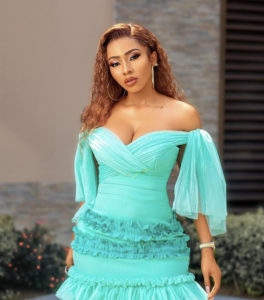 2019 BBNaija winner Mercy Eke has explained why and how she lost her champagne deal which was everywhere.

Narrating what happened on the Big Brother Reunion show, the reality star stated that a fan caused this when after successful meeting with the company, the fan called to ask if Mercy had a deal with the company and the worker said no.

The fan put the conversation on social media which made a lot of people troll her and made her tell the company to apologize before they continue but refused.

She said this made her upset and together with her management, they returned the money and canceled the deal.