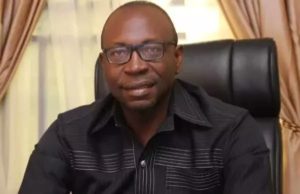 Osagie Ize-Iyamu has emerged the winner of the APC Edo state Primary Elections conducted in the 18 local governments of Edo State. In the result, Ize-Iyamu scored 27,833 votes while Odubu, the former deputy governor of the state, came second with 3,776 votes.

Mr Ize-Iyamu, who was the PDP gubernatorial candidate in 2016 will now fly the flag of the APC in the 2020 gubernatorial election.

Roads and Airports to Reopen After Meeting ...