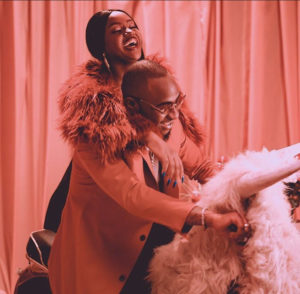 The elder brother of singer Davido called Adewale has said that the singer and his fiancee, Chioma are still together. Adewale said this during a chat with OAP Daddy Freeze.

Rumors went round that Davido and Chioma are no longer together, reacting to the rumors Adewale Davido’s brother says the couple are still together.