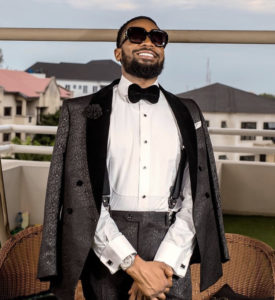 Nigerian Singer Dbanj has react to rape allegations, as he states that he is innocent until proven guilty.

The alleged victim Miss Seyitan Babatayo, later came out to reveal herself and demanded an apology from the music star, after which Dbanj handed the case over to the Nigerian Police Force and Seyitan was allegedly arrested.

Seyitan came out to say she is moving on from the drama surrounding the rape allegations, Which raised concerns on social media as celebrities shared their opinions and wanted justice for Seyitan.

Since this incident, Dbanj’s Endorsement deal with has allegedly been put on hold.

In a post shared on his Instagram page today Monday, 22nd June . Dbanj was seen dancing to one of his hot songs “Olorun Maje” as he captioned