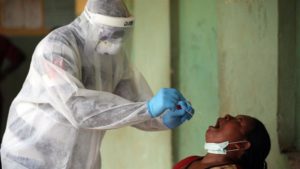 The National Association of Resident Doctors has suspended its nationwide strike with effect from tomorrow, 22nd June, 2020. The suspension was announced by the President of the Association, Aliyu Sokomba who said that the National Executive Council decided to suspend the strike so as to give the Federal and State Governments enough time to fulfil the demands of the association which necessitated the strike in the first place.

The complaints of the association are as follows: