Drama Between Deputy-Governor of Ondo State and Commissioner of Police 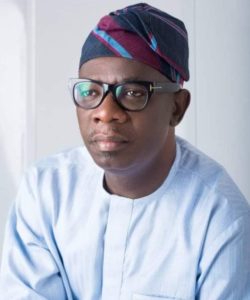 A mild drama ensued at the Ondo state Government house, as the Deputy Governor, Hon Ajayi Agboola was prevented from moving his personal belongings out of the government house by the police officers led by state police commissioner, Mr Bolaji Salami despite the fact that the Deputy Goveror enjoys immunity as provided for in the Constitution of Nigeria.

The police commissioner was said to have acted on instructions given to him by Governor Rotimi Akeredolu; however, the Governor has denied giving the Commissioner of Police such orders.